Grab your finest chains and gather ’round folks, it is time for another rap year book.  To recap from the last year book… In 2015, The Rap Year Book was released chronicling the evolution of rap from 1979 – 2014, highlighting the most influential song from every year and written by the hysterical Shea Serrano.  It […] 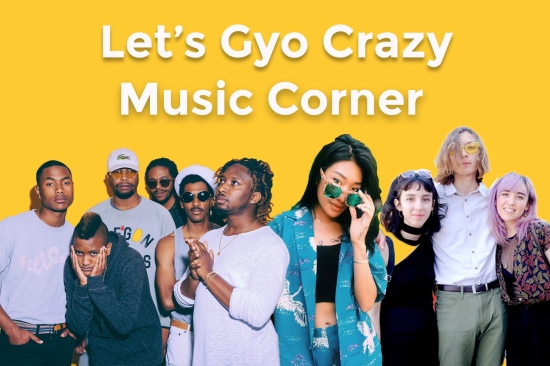 The Carters musically rekindled.  Ariana spilled the tea in her exes.  Pusha-T took a giant dump on Drake and Drake rejuvenated one of Lauryn Hill’s most beloved songs. 2018 was a wild year for music; the year female artists fearlessly pronounced the word “pussy” with absolute power and the long-awaited albums of Lil Wayne and […]

2017 was an interesting year for AAPI.  From Jason Momoa starring in Justice League to Korean immigrant NFL player Younghoe Koo to Asian-American nazis in Charlottesville, here are some of the standout moments from the year.  Cheers to 2018! Everything Mazie Hirono Did In 2017 Hawai’i’s U.S. Senator, Mazie Hirono, was diagnosed with Stage 4 […]

Welcome to the LET’S GYO CRAZY MUSIC CORNER, where music and nerdiness collide! For this debut segment, I’d like to spotlight musicians of Asian and Pacific Islander descent.  Listening to music is a euphoric experience to begin with but seeing someone that looks like you perform said music, even after attending more than 200 shows […]

Have you ever been waiting for the bus, sitting in a café, on a promising date, or checking out in a very sketchy Walgreens, and then suddenly like vomit, someone erupts with that seemingly harmless question…”What Are You?”.  Well, SAME. Feelings on feelings on feelings begin to boil; anger, sadness, perhaps even humor.  Do you […]

Continue Reading "What Are You?: A Situation Playlist"

In 2015, The Rap Year Book was released chronicling the evolution of rap from 1979 – 2014, highlighting the most influential song from every year and written by the hysterical Shea Serrano.  It included giants like Grandmaster Flash and the Furious Five, Notorious B.I.G., N.W.A. but also shone newer talent with Big Sean, Macklemore and Rich […]